There’s hardly anything we humans like as much as a high-public, audience-drawing, skill-spotlighting, award-presenting contest—especially if we’re among the baying contestants. Each of us with a firm belief that ours is the prize…by birthright if not pure dumb luck… 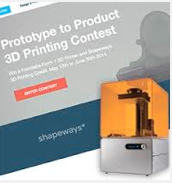 In this age of the Internet, Social Media and YouTube, any contest that can be digitally storified and glorified has the delightful opportunity of going viral (literally) at the speed of light. As a digital artifact, The Digi-Contest can draw on diverse forms of online-assembled and crowd-coalesced—and important— vectors at many levels. These vectors can be comprised of contestants; audiences; customers; partners; media-players; competitors; brand-awareness; word-of-mouth; goodwill…

Organizations of every stripe are now leveraging the Digi-Contest to further their commercial and/or common-good interests. The diversity of players in this new mode of crowd-participation, marketing and goodwill-building is broad.

At one extreme is the City of New York’s “Big App” challenges to develop mobile applications—derived from “Mayor Mike’s” [Bloomberg] new public-accessibility to City real-time Big Data—for smartphone using citizens. At an opposite extent is the X Prize Foundation that “designs and manages public competitions intended to encourage technological development that could benefit mankind”…with a mission to bring about “radical breakthroughs for the benefit of humanity through incentivized competition. It fosters high-profile competitions that motivate individuals, companies and organizations across all disciplines to develop innovative ideas and technologies that help solve the grand challenges that restrict humanity’s progress.”

By comparison to such sweeping and splendid Digi-Contest programs, Shapeways’ challenges are modest—but nonetheless effective in the overall promotion of Shapeways and its brand among the loyal communities of service-bureau customers it has fostered. 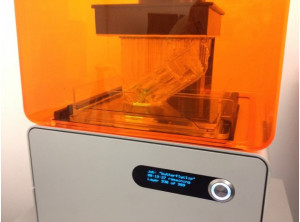 Shapeways of New York City (Manhattan administrative offices and Queens factory) recently announced the results of its latest competition—a set-to it entitled the “Prototype to Product Contest.” Shapeways partnered with Formlabs of Somerville, MA to offer a brand-new Formlab Form 1 + desktop printer as the Grand Prize for the one-and-only top finisher (with lesser prizes for other less-exulted finishers).

Here’s how Shapeways framed its (clever marketing) ploy: “Shapeways and Formlabs are partnering to help bring ideas to reality with the ‘Prototype to Product’ 3D Printing Contest. To enter the contest, submit a 3D model that you would prototype in high resolution on a Form 1 desktop printer and then print in one of 40 materials as a final product with Shapeways.” After drawing nearly 300 designs, the Contest ended officially on June 30, 2014 and the winners were announced on 8 July. 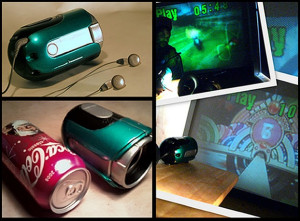 Shapeways has made a competitive advantage out of its community-building. It continues to devise ways to delight its community members. Shapeways’ Digi-Contest initiatives offer a subtle means to please its populations of users without appearing to market and ultimately sell. But, if it looks like a duck and walks like a duck…perhaps Shapeways will 3D print it for you…