As I promised in my last weekly post here (15 December),  I’m back to report on and review two of our Expert talks for you from our “HCx3DP Meetup New York” (Healthcare Multiplied By 3D Printing) of Thursday, 11 December. Because they were quite simply terrific. And, as a result, our “HCx3DP Meetup New York” Community members thoroughly enjoyed—and profited from—our second Meetup event. As I remarked in my last post, not even the systemic failure of the New York Subway system that evening could keep us from educating, connecting and inspiring our new and growing Community of “HCx3DP Synergists”—assembled (and intrepid!) Attendees, Experts and Organizer Team ALL… 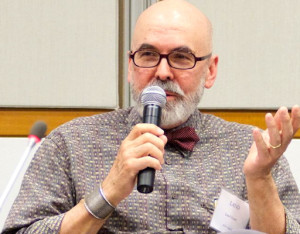 Just to recap: my goal—at the start of our overarching “HCx3DP New York” Campaign of “3Cs” (Community to Conference to Cluster)—has been to build a novel and powerful Community of connected and coalesced parties and players.  We’re helping to aggregate this Team—around an abiding and mutual-interest in the important commercial and common-good initiatives it can create—at the intersection of Healthcare and 3D Printing in New York City.

Our ultimate goal is to foster a new HCx3DP Ecosystem—a novel industrial-segment Cluster headquartered in the City. New York City is positioned to dominate the world in Healthcare Multiplied By 3D Printing. Our ultimate success will be measured in how effectively we help to add well-paying, sustainable Middle-Class jobs to the current population of 665,000 workers (employed across the broad spectrum of services from bedpans to brain-surgery) in NYC Healthcare. 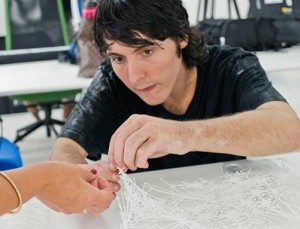 Bradley Rothenberg is a 2009 graduate of Pratt Institute and  founded Bradley Rothenberg Studio in 2013. Located at the intersection of design and technology, Bradley and his team are focused on enhancing 3D-printed “matter” through the new art and science of  customizing integral micro-structures. The Studio’s goal is to unlock the potential that 3D printing has to forever change design and manufacturing.  So, Bradley Rothenberg and his Studio explores 3D printing’s potential to create complex—innovative, effective and beautiful—objects, fabrics and materials that could be made in no other way.

During his presentation at our Meetup, Bradley commented about what he calls Cellular Textiles. These are “a look into the techniques and processes we are developing to generate high-performance textiles and lattice structures for 3D printing.  Traditionally, textiles are developed through a variation of 2D patterns of warp and weft.  With 3D printing, we can zoom in, making dynamic and complex interlocking structures which produce emergent performances that are variable throughout the textile. This process can also be applied to lattice units to create structures with varying material properties.”

During his presentation, Bradley projected—and orally captioned—a continuing flow of delightful images of his Studio’s recent work. Most of this was from the world of fashion—the original target market for Bradley and his team.

As part of recruiting him as a presenter for our HCx3DP interests, I had visited Bradley, his Co-Founder Greg Schroy and the rest of his Studio crew in SoHo on 3 December. The hospitality graciously extended included our physical “playing” with a large—and enticing—collection of samples and prototypes created by Rothenberg & Team. With 3DP’d objects, it’s nearly impossible not to handle them to experience them. It’s also impossible NOT to see these “textiles” as part and parcel of Healthcare solutions in the near future.

I subsequently remarked to Bradley that “Studio/Lab” might be a more appropriate title for his techie atelier. (I used the hybrid term “Studio/Lab” because his firm is the essence of my “Techreative” concept: “ASP” = Art + Science + ‘Preneurship!

I was immensely intrigued by his tactile “show and tell.” The materials, “fabrics” and innovative “matter” he has created astound—especially on physical examination. I stated in a follow-up email: “…your formulae and functions are ineffably deformable in imagination’s flight…right from the palms of our hands.”

At my request, Bradley had hoped to bring his samples collection to our Meetup—for audience tactile adulation!—but the disastrous Subway-Stoppage logistics of the evening on 11 December prevented it.

Still, Bradley “wove” a 3DP’d web around the imaginative susceptibilities of our entire audience. Now—given the obvious applications of these same materials to human bodies needing healthcare not hauteur—I invited Bradley to integrate his material innovations with HCx3DP on the fly for our audience. And, he did.

In his projective discussions of progressive delineations, his fashion materials became trusses, cushions, impact attenuators, splints, compression devices. Bradley is already on his way there. He is associated with SOLS, the custom 3DP’d orthotics startup. (Three audience members on 11 December were from SOLS.) 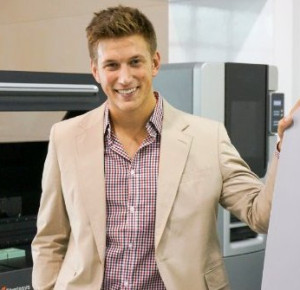 Derek Mathers made it look easy to perform for an audience—with aplomb—virtually. Interacting with a remote group—literally, figuratively and psychologically—requires a special talent. It’s one reason why successful entertainer celebrities gets paid the big bucks.

Worrell Design Inc. of Minneapolis should be sure to compensate Derek Mathers VERY well.

Having recently written about Worrell and its breakthrough “3D IM” system (3DP’d Injection Molding), I was eager to showcase this important synergy of HC and 3D printing for our “HCx3DP Meetup NY” audience of 11 December. That evening our burgeoning Meetup Community here in New York City spread across a spectrum from practicing doctor to an exec from a Healthcare Crowdfunding company to an SVP from a major investment bank here in New York—one that has just launched a research practice in 3DP.

Here’s an excerpt from my 1 December post on Worrell and their HCx3DP 3D IM breakthrough:

On 30 October, separate sector-leaders Stratasys (3D printers) and Worrell (medical-device design)—near geographic neighbors in metropolitan Minneapolis, MN—proclaimed their collaboration around educating and accessing the medical-device marketplace. Their disruptive tool of choice is new 3DP innovation in the long-established, industrial processes of injection molding. As Stratasys states, “Worrell slashes lead times by a game-changing 96% in comparison to traditional tooling, with costs plummeting 70%.” This while mitigating risk for both practitioner and device manufacturer—via very-early feedback and quick iteration in the product-development cycle. 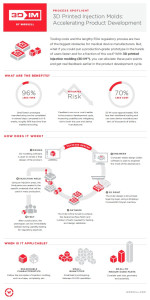 Use the following link for an easy-to-read PDF of Worrell’s “3D IM” Infographic (“3D Printed Injection Molds: Accelerationg Product Development”): http://nyc3dp.com/?p=3202. This Infographic explains the 3D printing and injection molding process and its benefits as modulated by “3D IM.”

By dint of its dramatic cost reductions, Worrell’s 3D IM will also democratize medical device development. Based on a 2010 study by a Stanford University team—entitled “FDA Impact on U.S. Medical Technology Innovation”—the average cost to bring a high-risk Class III device to market is $94 million. For a Class II device, it is $31 million. 3D IM 3D-printed injection molds empower prototype development—using final production materials—for a fraction of the cost. This process can deliver actual finished parts in a matter of days—compared to the typical eight-week lead-time associated with traditional tooling processes.

In human terms, what is the potential value of this saved time? Ultimately, it is saved lives. Worrell’s innovative 3D IM production system will help get life-saving medical devices to market quicker.

Derek was real-time for Worrell on a wall-sized screen via Video Skypeing—solo and unscripted for a good 20 minutes—while “WOWing!” us all at the illustrious NYU-Poly Incubator in SoHo West, Manhattan. His fluid, faultless and unscripted profile of Worrell facilities and “3D IM” in (3D printing action!) was boffo. (Derek’s transitions—tracking, pans, tilts—were so smooth and fluid and well-positioned that the effect was as if he had had a cameraman, audio tech and crew!!) Our eclectic attendee-community gained immeasurably—as did Worrell’s reputation!!

(I subsequently learned that Derek—contrary to professional appearances—had simply utilized his laptop computer {and built-in camera and audio pickup} to walk us unaccompanied through Worrell and tell the company’s story in one long tracking shot. Truly amazing!)

Derek—in a guileless “aw-shucks” mode—claimed to be only 22 years-of-age. BUT—given his manifest and manifold abilities—I’m convinced I must have mis-heard him! Forty-two would be more like it…

In the last week, I’ve had the opportunity to exchange with Bob Worrell (Founder and President of the firm) about Derek. I opined—that with employees like this young (?!?) man—Worrell is positioned to dominate its selected marketplace niche. AND, I offered kudos to Bob and his entire management team—for recognizing, educating, inspiring and retaining such marvelous talent.

If you’re in NYC: please Save The Date—Monday, 12 January 2015—for our next “HCx3DP Meetup NY” event and RSVP on our Meetup page. This Meetup is generously hosted by ThoughtWorks—the estimable combo of worldwide software development house and socially conscious common-good supporter. That’s at 99 Madison Avenue, 15th Floor, from 6:30 to 8:30 PM.

And, we’ll have another very rich agenda for you—including more on-hand AND virtual Experts. (Hey, I loved the Video Skype results—now, can we duplicate Derek with his smooth hand and smooth presentation?!!) Hope to see you there…!!

Best for the Season AND C’mon Back!